So guess what? I’m living in an anarchist state.

A couple of days ago, the American government officially shut its doors. And then locked those doors, and flipped their country off, and then went off to enjoy the paychecks they’re still receiving thanks to the 27th amendment to our constitution. In this way, the 27th amendment is kind of the perfect allegory for the American Government itself. That is:

On paper it has good intentions

In practice it’s selfish and juvenile 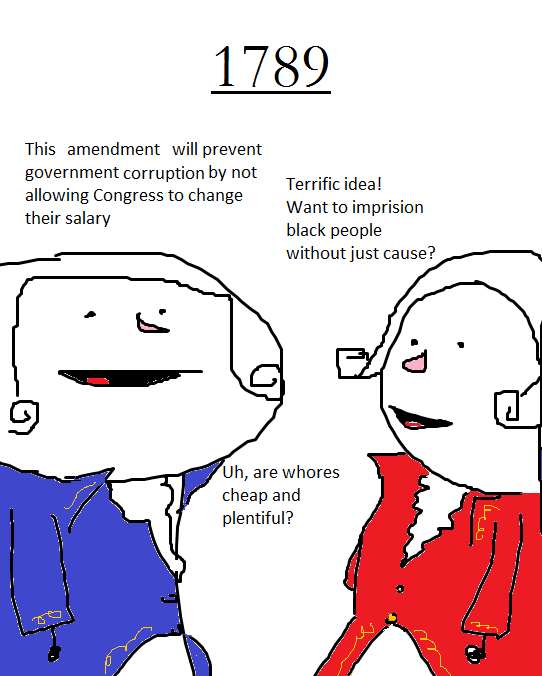 That’s what I don’t understand. Democratic and Republicans both love the same things – eating expensive foodstuffs, gerrymandering districts, taking pictures of their dicks – they’re like the two kids in school fighting over Star Wars and Star Trek. You’re both a bunch of fucking nerds who like stars! Stop arguing over whether the stars are going on a trek or going to war!

Everyone should have figured out that America is the greatest country in the world – if you’re already rich. Otherwise it kind of blows. We have to go into personal debt to receive what places like Canada and France take as basic human rights.

But I suppose none of that matters now that I expect to buy medicine with cookie-dough protein bars and recently deceased rat pelts. Rest in peace.