(Click the picture below to read the first part. It’s not a requirement. You are free to make your own choices.)

Now that everyone has completed the first part of my tragedy, I feel confident in giving you the conclusion. Here it goes:

I took financial mathematics because I needed a math credit and I thought the practical application of finances would lend to a practical learning environment. 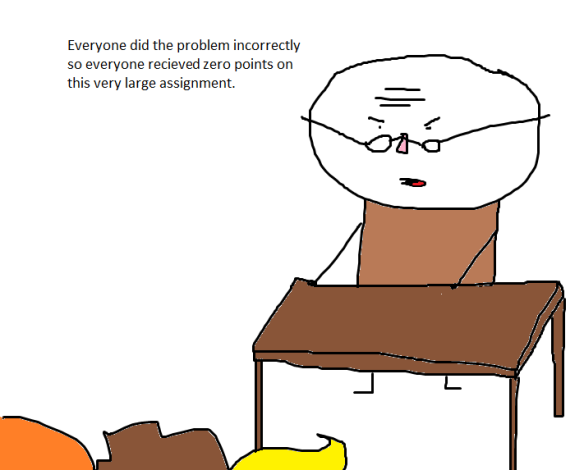 I turned in assignment after assignment with answers correct down to the decimal point, but would constantly receive zeroes on assignments for doing it the incorrect way (the way the book does it). Eight out of ten answers on the first test were correct. By my math this is an 80 percent. By his math it was a 10 percent.

After the first test was graded, about half the students dropped the class. This moment would have been perfect for me to leave this professor and his ego in the math department where it belonged. No one would blame me if I left.

Instead I took it as a challenge.

Academia had usually provided little challenge for me, and in the rare instances where I was challenged, a few dedicated study sessions pulled me out of even the most dire of situations. Hell, senior year of high school I had less than half attendance and still managed to pass all my classes. I think technically I shouldn’t have been allowed to receive credit due to my absences, but they let it slide on account of my consistently high grades (and I think it would have required paperwork they didn’t want to do.) I would have even received honors if I attended the mandatory meetings (I didn’t, and they kicked me out.) Before I took financial mathematics, I had never failed a test. 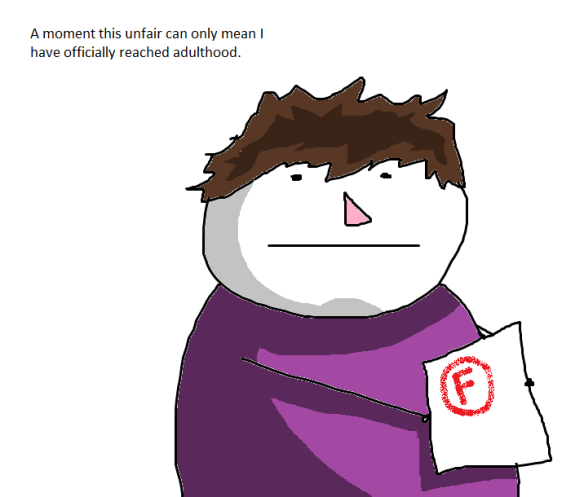 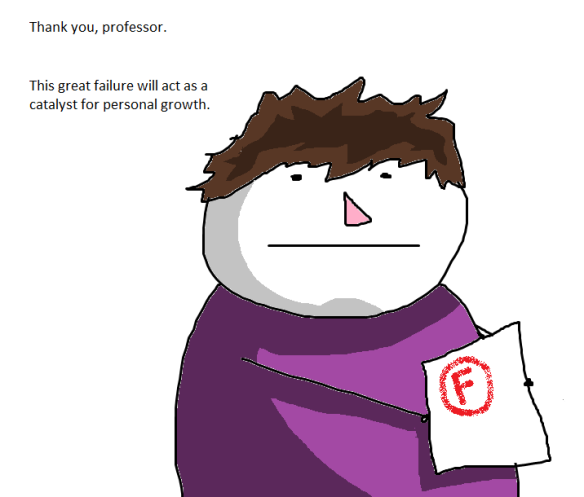 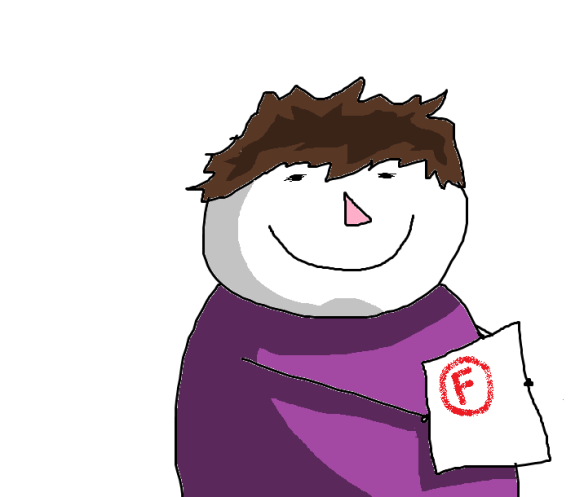 By last month, I was mathematically failing this class. By this I mean that even if I were to magically receive perfect scores on every subsequent assignment and test, I would still not have enough points to pass the class. The amount of people attending the class on any given day had dropped from the initial fifty or so to about eight. 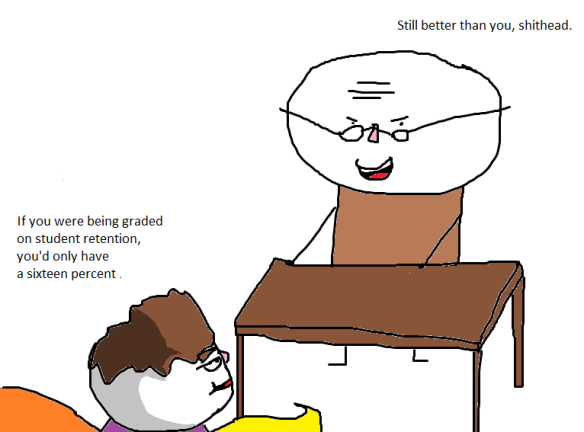 So why did I continue to stick around even when, mathematically, I had no way of succeeding?

Yes, in order not to feel like terrible teachers, sometimes educators will employ this magical device to curve the grades. F’s become C’s, B’s become A’s, and A’s stay the same because fuck you if you’re getting an A when everyone else is failing.

You see kids, if everyone is failing, than failing is the average, and an average is a C, not an F, you silly, silly children.

I chatted up the few remaining students, and most of them seemed to be failing or at least close to failing. A beautiful grading curve was inevitable. 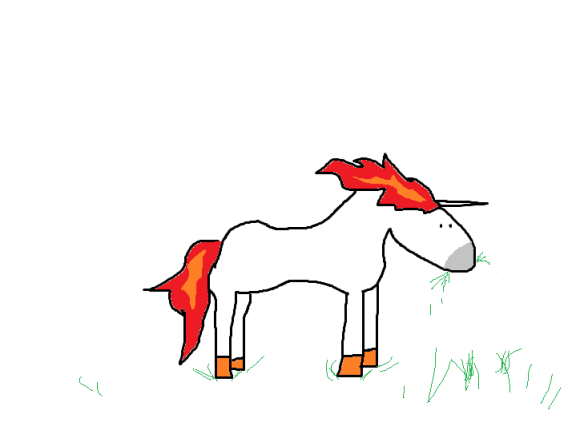 I fucking failed and I just have to live with that.

And so do you.